a brief herstory of Kate

How to make a life in music? As a child in Windsor, Nova Scotia, I was surrounded by music. There was a stereo with records to play, an old upright piano and a variety of things to bang and strum. My brother Alex was a musician from the age of six, so there was always live music of one sort or another around. We listened to his Beatles records, my mother’s soundtracks of musicals, my father’s folk music. My parents were great lovers of art and beauty, and inspired their five children to see art as an essential part of our lives. 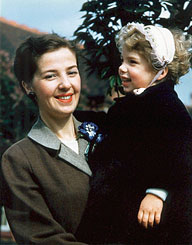 My brother, my three sisters and I all play music, love books, and have houses full of art. My dad, Garth Vaughan (1928-2012), a surgeon and painter, is well represented in our collections. Our step-mother Lauren Vaughan, a potter, weaver and painter, has their art work on-line at their website.

People often ask me about my hyphenated name. My mother, who died when I was 16, was named Muriel Hammett. Shortly after her death, I (along with my sisters Holly and Lisa) added her family name to ours, becoming Hammett-Vaughan. Brother Alex and sister Nik kept the Vaughan surname. Here’s a picture of me and Muriel (Mo Hammett to her friends) when I was about two.

Back to music and art… 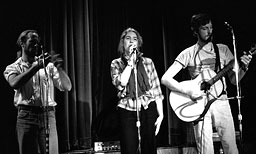 As a young teen (1971-1974) I sang back-ups with my brother’s rock bands, and played folk guitar and sang in coffee houses in church basements. I loved the music of Joni Mitchell, a complete artist whose music and art still inspire and move me. In 1975, as a student at Acadia University, I formed my own group called JADA.

About this time I started listening to jazz and swing music, and fell in love with singers like Ella Fitzgerald and Cleo Laine. In 1976, I moved from Nova Scotia to Toronto for a year where I attended music school at Humber College part time, then returned to N.S. and Acadia. I sang briefly with a disco band (and am I glad that I can’t find that photograph) and, in 1979, my friend Stephen Anthony and I put out our thumbs and hitchhiked to Vancouver. Stephen and I remain close friends to this day, and we are both still in Vancouver.

Once we settled in Vancouver, I began to tell people that I was a jazz singer looking for work. Having no idea what it actually meant to be a ‘jazz singer’, I was very blessed to come into contact with some great local musicians like Michael Creber and Hugh Fraser who saw something in that brash young woman and helped to guide me.

In the 80s I forged some life-long friendships with singers through a number of vocal groups: a duo called Mood Indigo with Meg Walker, a 10-voice group of jazz and blues singers called Badazjazz, and the longest-lasting group, Gettin’ Off Easy, with Colleen Savage and Bonnie Ferguson.

While working on Lambert Hendricks and Ross transcriptions and be-bop classics, and leading my own standards-based bands, I met the wonderful singers and teachers Jay Clayton and Sheila Jordan, and something started to shift. 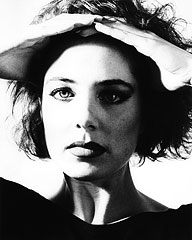 I began exploring improvised music, and really dove in way over my head when I attended the Banff Jazz Workshop in 1986. There I met the amazing trombonist and composer George Lewis. I returned to Vancouver changed, determined to explore free improvising while still maintaining my life as a ‘straight-ahead’ jazz singer. Members of the New Orchestra Workshop Society, such as Coat Cooke, Ron Samworth and Clyde Reed, took me under their wing and in 1988 I joined the NOW Orchestra, a group I played with until 2008.

In the early days of the NOW Ork, I formed a trio with bassist Paul Blaney and saxophonist Graham Ord called Garbo’s Hat. We made two recordings, Hats Alive! and Face the Music, received a Juno nomination, and toured Canada several times. I credit my time with Garbo’s Hat as really being the workshop for the singer I am still becoming. It was a place to play both standards and free music, and to experiment with all kinds of structures for improvisation.

In the mid-‘80s I also began a life-long friendship and association with the founders of the Coastal Jazz & Blues Society, Ken Pickering, Robert Kerr and John Orysik. They have supported and nurtured my artistic life as much as anyone could hope for.

The late ‘80s also saw the birth of Talent Hut, a crazed performance art cabaret series conceived by my friends, the painter Graham Winter and musician David Roundell who plays the central character Jimmi Schmooz. My ‘alter ego drag queen’ Ina Snit was born in the first Talent Hut and refuses to go away.

From 1987 to 1994, Ron Samworth and I coproduced Jazz at the Gallery, an improvised music series in the midst of art installations at the grunt gallery. grunt gallery was founded, and is still run, by my life-long friend Glenn Alteen.

In the 1990s I continued to explore jazz and free music, playing with Garbo’s Hat, and doing numerous projects with the NOW Orchestra and guest artists, George Lewis, René Lussier, Barry Guy, Wadada Leo Smith, Butch Morris, Marilyn Crispell and others. The Western Front archives have several different musical projects on file, and I also participated in several performance art events there, including appearing as Ina Snit in various Talent Hut events, the Cabaret Vulgaire, and more.

Non-jazz related art projects in the ‘90s included collaborating on the score for Valerie Teresko’s experimental dance film nobody, not even the rain, has such small hands, and singing solo and with DB Boyko on composer Susan Frykberg’s album, Astonishing Sense.

In the mid-‘90s, bassist André Lachance and I met and formed a duo. We continued to play together in various groups until 2017. The Kate Hammett-Vaughan Quartet was formed in 1994, featuring André Lachance, pianist Chris Gestrin and drummer Tom Foster. Around that time, the CBC asked me to host a television show called the Jazz Café which featured live performances by Canadian jazz artists. Our quartet was featured in one of the shows. In 1998, the Quartet became the Kate Hammett-Vaughan Quintet with the addition of saxophonist Jim Pinchin. The group, disbanded in 2016, made three recordings, the Juno nominated How My Heart Sings, Devil May Care and Eclipse, also a Juno nominee.

In 1998 I also really began my life as a teacher, and have been on faculty at both Vancouver Community College and Capilano University and a private vocal instructor since that time.

Since the century turned, I have continued to teach, perform, tour and record with the my own groups and various other projects, notably my duo with the great jazz guitarist Bill Coon, and the holiday season vocal trio We Three Queens with the wonderful singers Karin Plato and Jennifer Scott, plus various ad hoc jazz projects and performance art events such as Danielle P. Roger’s Heart Noises and Sonic Boom.

I also sit in from time to time at the CBC, guest-hosting shows like DiscDrive, Hot Air, and more. 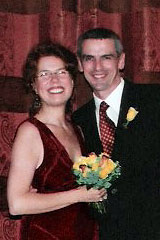 All in all, it's a very busy and happy life, shared with my wonderful husband, Guy Smith, and a miraculous community of friends and colleagues who support and challenge me. As the old song says, "who could ask for anything more?"